I almost missed Dallas Comic Con this year (they sold out super-fast, proof that a larger venue is now needed) but thanks to fellow Space Gunner Evan Bryce I got to com eout Sunday and hock my wares.

Prints and copies of Senryu moved slowly but I sketched almost the entire 4 hours. First up was a Joker for Charlotte Peeples, wife of awesome artist Brent Peeples.

I get odd requests at ties but this one I liked. It’s Deadman,  holding the ‘deadman’ on a Kovach R11 refueling truck..

And last but my favorite, Destroyer. I loved the new Kirkman mini and plan to do a pinup of the character soon.

Oh, and I finally got a copy (albeit a 2nd printing) of local bad-ass Joe Eisma’s new Image book Morning Glories.

Fun was had by all and I’m looking forward to next year, hopefully bigger venue and more tables in Artist Alley will come with it!

Sorry for the short notice, but thanks to the generosity of my Space-Gun Studios brother-in-arm Evan I’ll be setup tomorrow for the second day of Dallas Comic Con.

I’ll have prints and copies of Senryu for sale, and will be doing sketches and headshots on the cheap, so come on out. Mention this blog and I’ll give you a free head sketch!

Also, starting September 1st I’ll be posting the complete Senryu online. After learning the ins and outs of ComicPress I’ll be offering it up as a webcomic starting next month.

It’ll run from Sept. 1st until October 7th, so add it to your RSS reader of choice now!

The Old Ones on Kickstarter 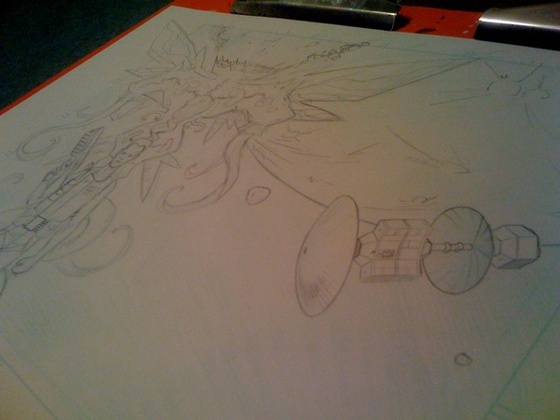 I’ve got a new sci-fi/horrow graphic novel in the works, and liek most indie comic creators thes days, I also have a Kickstarter Fundraiser going to help offset production costs.

If you’re a fan of high-quality, independent comics or are just filthy sticking rich you should considering donating. There are cool rewards for contributors like copies of the book, original art or even a cameo in the book. 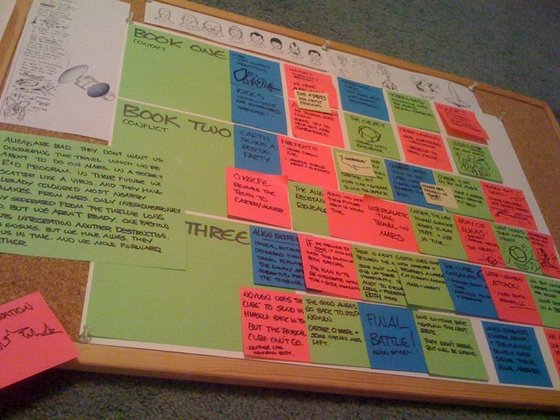 So a while back thanks to the power of Twitter I was able to con the guys over at Red 5 Comics (namely Brian Clevinger) into letting me throw down on an Atomic Robo short story.

After sitting on the details for several months I can finally do a little bragging and inform you that the strip is now live!

Click the image to check out the entire short over at NuklearPower.com.

Big ups again to Brian, Scott Wegna and the entire Red 5 Comics crew for the opportunity to play in their sandbox, it was a blast and I hope I get to do it again in the future.

Back in the saddle!

So after an almost 3 month absence of posting to the blog I’m finally back. Needless to say the new day job has taken up more of my time than I’d planned and not turned out like Id hoped it would.  Long story short what should have been a small creative shop has quickly bloated to a “agency” model with little room for quality or accountability.

That aside I’ve been hard at work on The Old Ones. I’ve got the entire story plotted and am working on the second draft script at the moment. With some help from my Space-Gun Studio mate Jake Ekiss the 3rd or 4th draft should put me in a good spot to start art duties on the book.

And speaking of, I’ve got a Kickstarter project going to try and raise money for the project. Please share the link, and donate if you can!

There are a few more small things in the works that I’ll announce later on. For the moment I’ll leave you with a random stream of consciousness brush pen sketch done over my break last week.