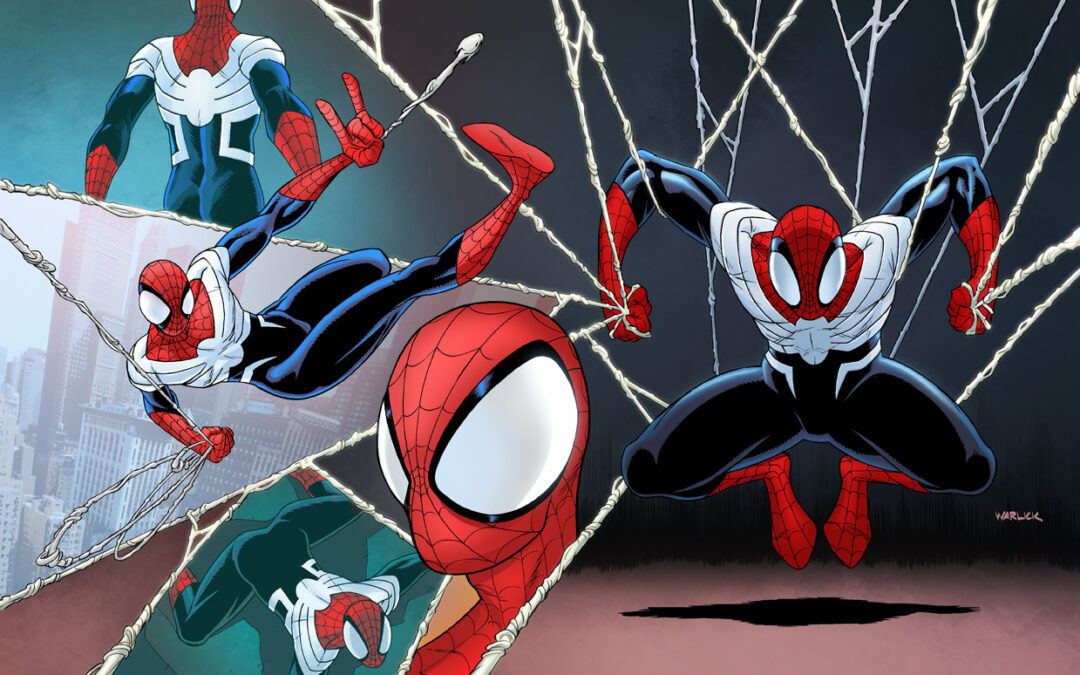 I contributed the following piece to Project: Rooftop’s Spider-Man 2.0 redesign. The old Web-head has been one of my favorite characters since I first got hooked on Todd McFarlane’s art during his Spider-Man run in my teens.

They’ve announced the honorable mentions as well as 2nd and 3rd place winners, so I’m going to assume it’s safe to post this here, as I doubt I won the thing after seeing some of the other designs that were submitted.

Still, it was a blast to participate and really took me back to when I first started reading comics. I’m definitely going to be doing more of these redesigns in the future.

A few weeks ago a tweet come across the Deck from Adam WarRock looking for someone to work with musical collaborator The Thought Criminals on an album design.  I did a a gig poster for WarRock once before and had him get me on their radar, with a common love of comics & sci-fi securing the deal.

Plus the project came with complete creative freedom, so it was a perfect fit. Space-Dolphin 42, A Kirby-tech-Mayan-Dolphin-rocket was the result.

You can check out The Thought Criminals & Shane Hall at TheThoughtCriminals.net. The album drops October 25th.

Infographic design with data  pulled from Walmart’s 2011 shareholders meetings. I did the design work as well as the number crunching.

This Blaick Wraith piece was done for my buddy Jamie Gambell and his Kickstarter backed comic The Hero Code.  It’ll end up as collectors cards for Season One backers of the projects.

Large format spot illustrations. These were part of a larger project that saw a carnival fun-house transformed into “The Lair of The Chairman” to help amuse execs at an otherwise ordinary trade show.

If you follow me on twitter you may know this client better as ‘the client from hell’ or ‘the worst client ever’. Thank Odin it was through a creative recruiter and I had some artist representation.