Love him or hate him, I thought the President shedding a few tears while congratulating his volunteer supporters was a very moving, human moment. I wanted to capture that moment of empathy, exhaustion and emotion. Enjoy. 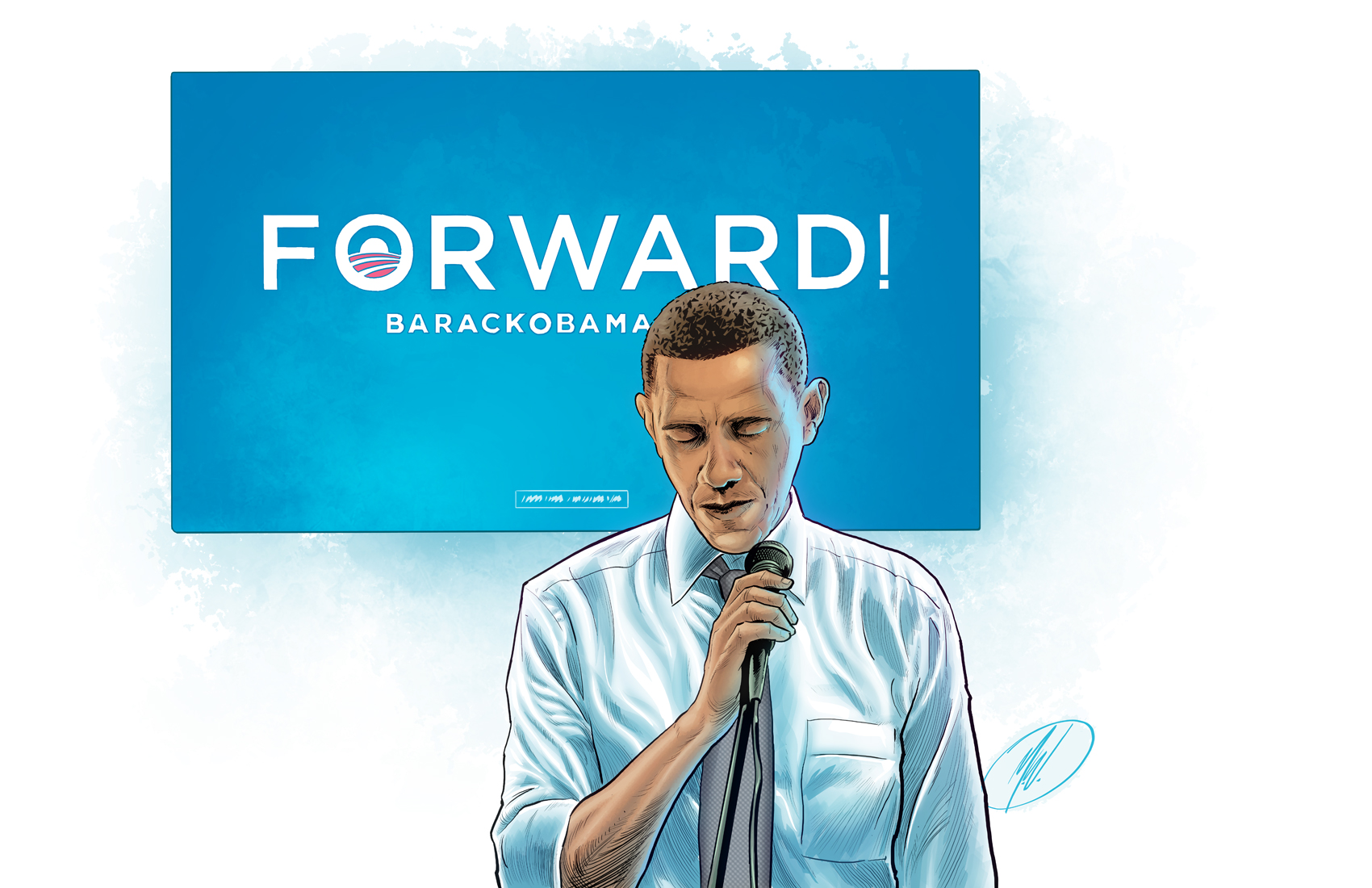 If you’re interested in picking up a print they’re now available in my Big Cartel store. 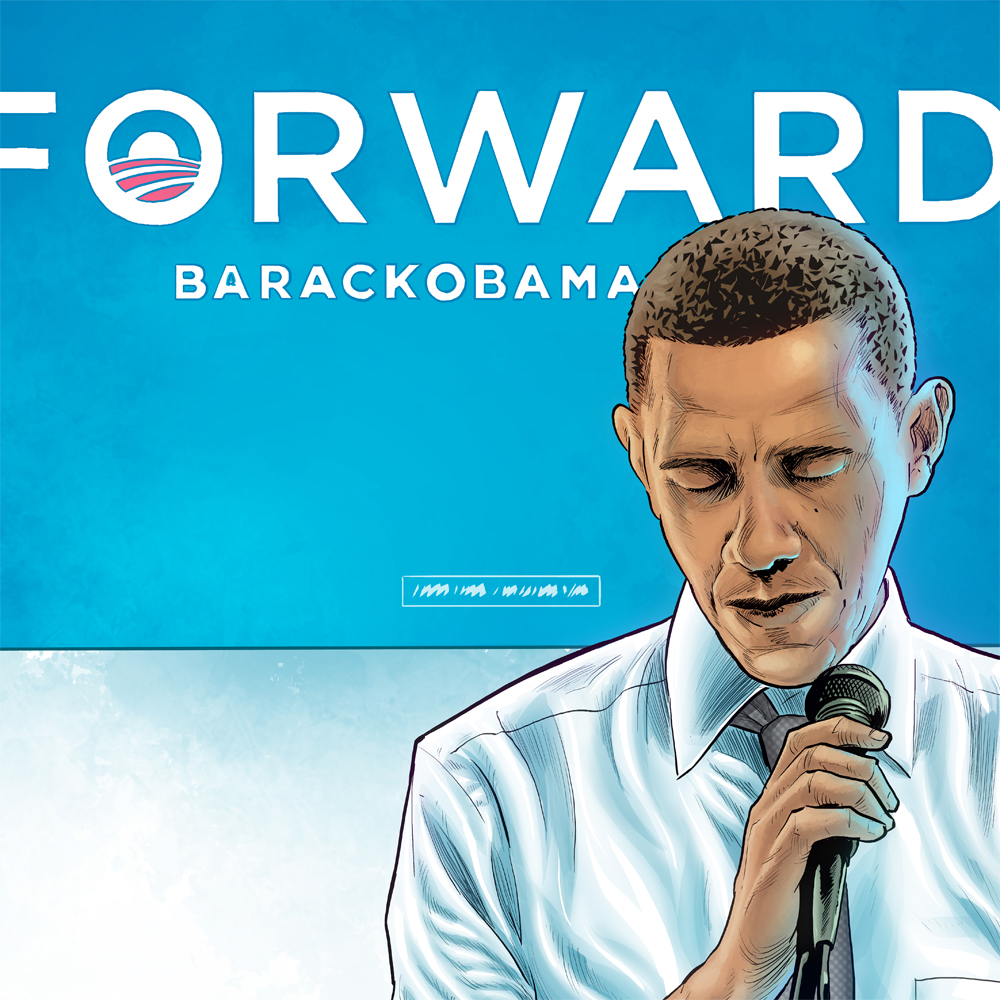 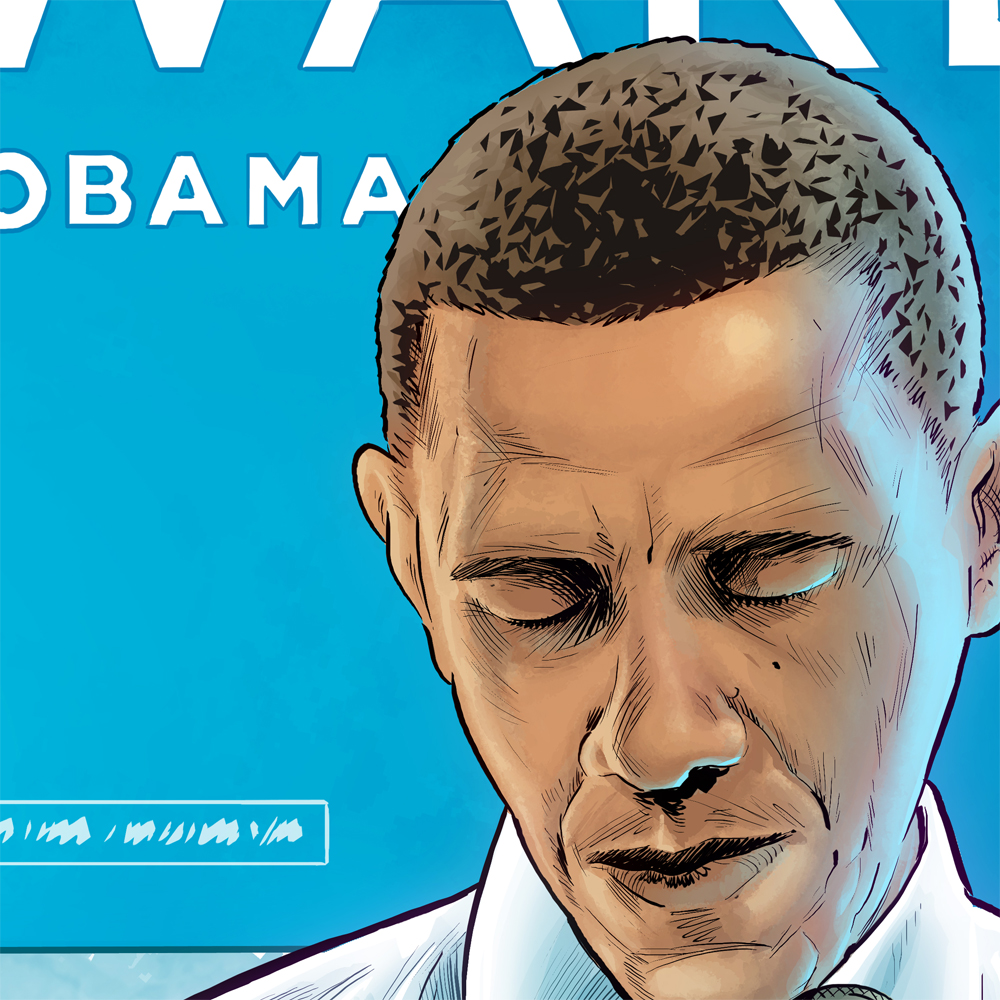 TweetCongress Infographic in the News

The infographic commissioned by Tweet Congress has gone somewhat viral and appeared on several news/government sites, below is  round up of all the mentions I can find so far.

Sea ice is frozen seawater floating on the surface of the ocean. Some sea ice is semi-permanent, persisting from year to year, and some is seasonal, melting and refreezing from season to season. The sea ice cover reaches its minimum extent at the end of each summer and the remaining ice is called the perennial ice cover. The 2007 Arctic summer sea ice has reached the lowest extent of perennial ice cover on record – nearly 25% less than the previous low set in 2005. The area of the perennial ice has been steadily decreasing since the satellite record began in 1979, at a rate of about 10% per decade. But the 2007 minimum, reached on September 14, is far below the previous record made in 2005 and is about 38% lower than the climatological average. Such a dramatic loss has implications for ecology, climate and industry.”

The REAL reason we invaded Afghanistan

It’s all about The Golden Crescent.

Peruvian Cocaine – Same story, only with a different drug.

Today, Monday May 14, is the day that all US network operators are required by US law to install back-doors to make it easier for cops to snoop on their traffic. This has been the law for voice switches for over a decade, where it represents a potential holiday for dirty cops who don’t have warrants use these back-doors (and criminals and corporate espionageists who want to eavesdrop on sensitive calls). Now it’s part of our data infrastructure as well. Nice one, America.

May 14th is the official deadline for cable modem companies, DSL providers, broadband over powerline, satellite internet companies and some universities to finish wiring up their networks with FBI-friendly surveillance gear, to comply with the FCC’s expanded interpretation of the Communications Assistance for Law Enforcement Act.

Congress passed CALEA in 1994 to help FBI eavesdroppers deal with digital telecom technology. The law required phone companies to make their networks easier to wiretap. The results: on mobile phone networks, where CALEA tech has 100% penetration, it’s credited with boosting the number of court-approved wiretaps a carrier can handle simultaneously, and greatly shortening the time it takes to get a wiretap going. Cops can now start listening in less than a day.