Another year, another Year In Review. 2013 was marked by a much-welcomed increase in the frequency of illustration gigs and, I think, an increase in the quality and complexity of the pieces I’m producing as well. I’ve consciously tried to put more thought into the compositions/color theory and more time into the final, rendered pieces as well, and I think it’s paying off. 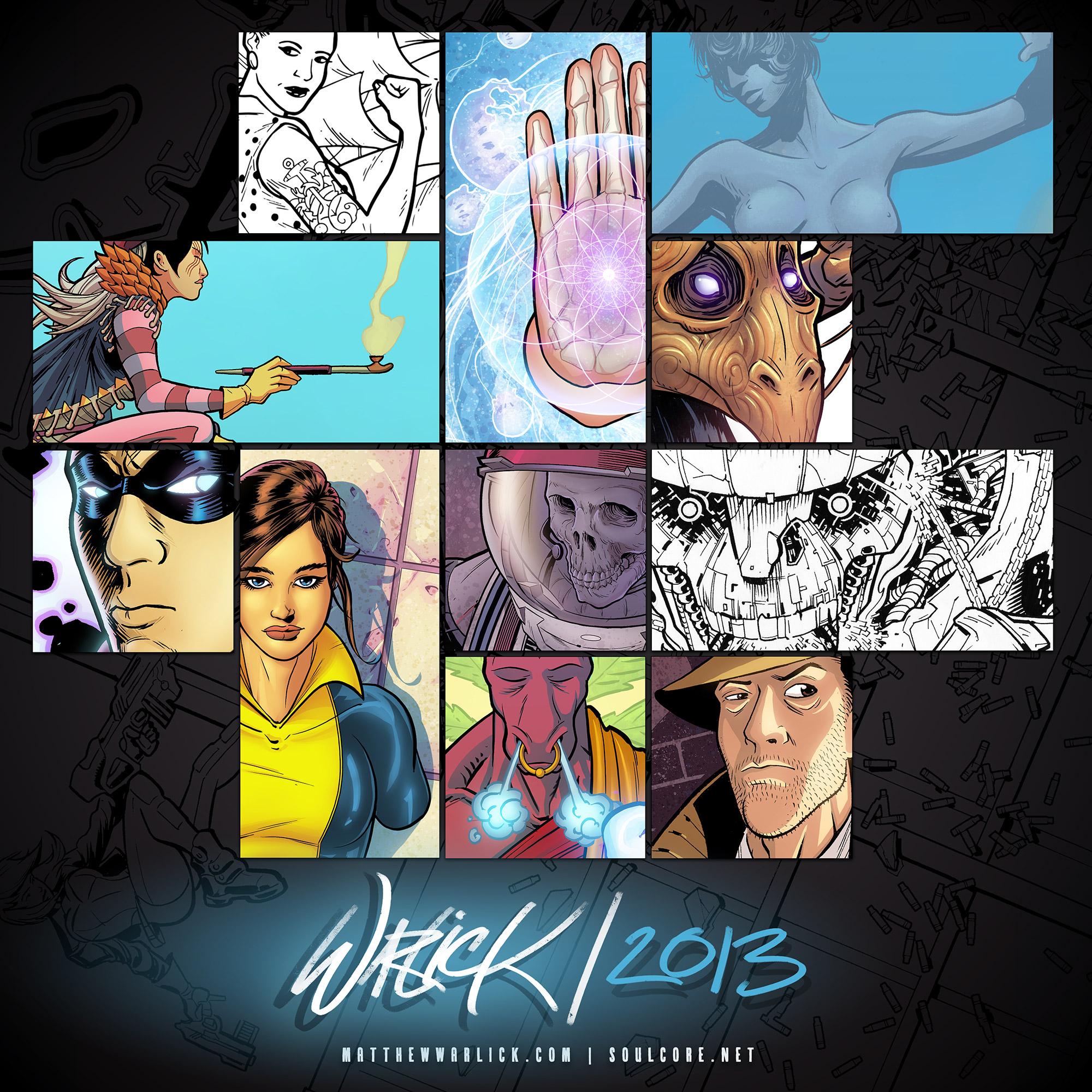 Once again I had enough illustration clients to push all of the design work to the back-burner and really focus on art this year. Here’s to more of the same in 2014!

A visual breakdown of the past year’s work. I had too many pieces to show them all, and far too many design/corporate clients to include any of those, so these are my personal and favorite works and commission from the past year. 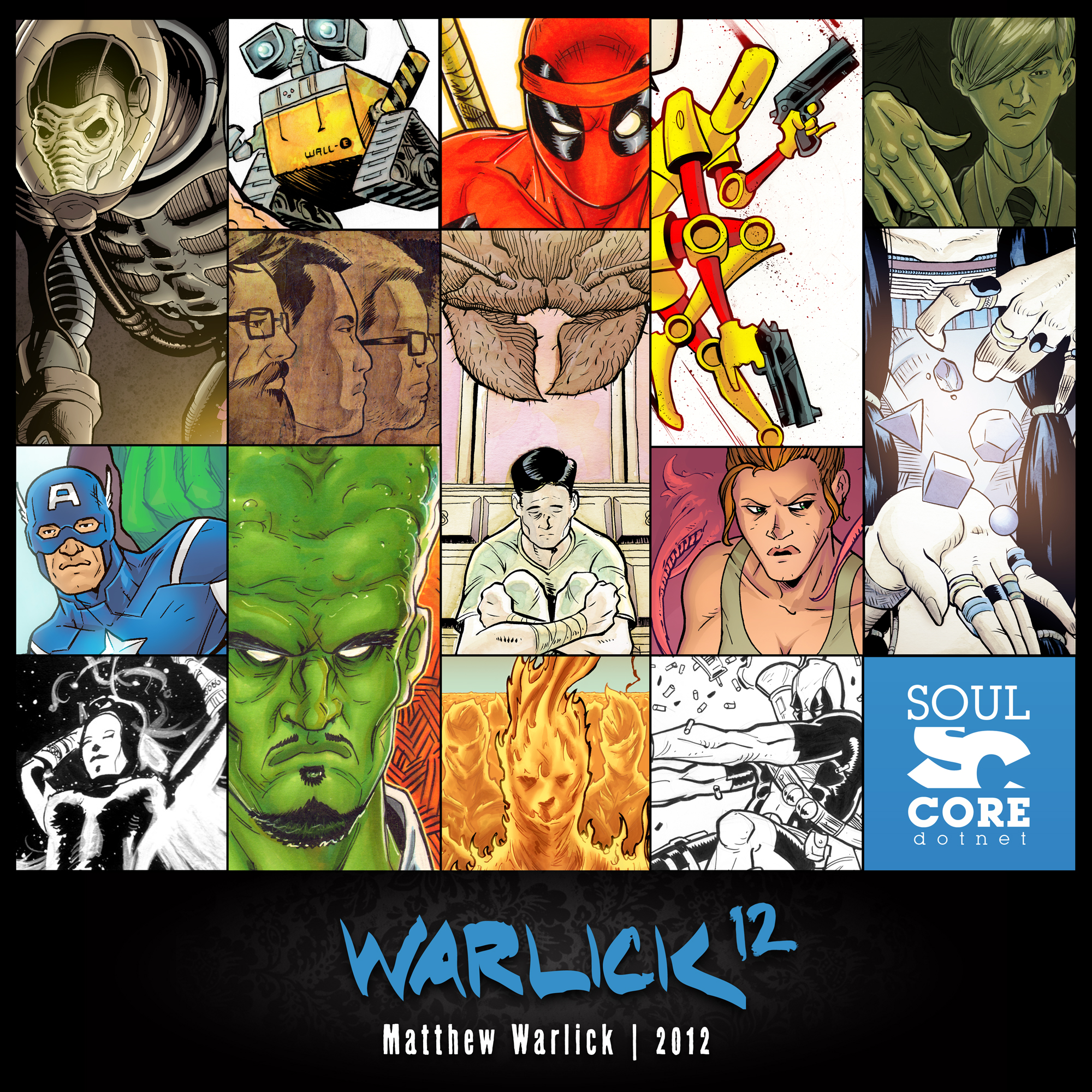 This meme went around last year and as always I managed to finish mine but never got around to posting it.

Favorite artists of mine shown here include Todd McFarlane, Rob Liefeld, While Portacio, Jim Lee, Sam Keith (all early 90’s favorites), Jack ‘The King’ Kirby, Erik Larsen, Mike Mignola, Wayne Barlow, Ben Templesmith & Scott McCloud. The Aliens franchise and sci-fi in general are a big influence, as are painters like Pollock and Dali, along with a ton of interactive design stuff I didn’t have room to include.